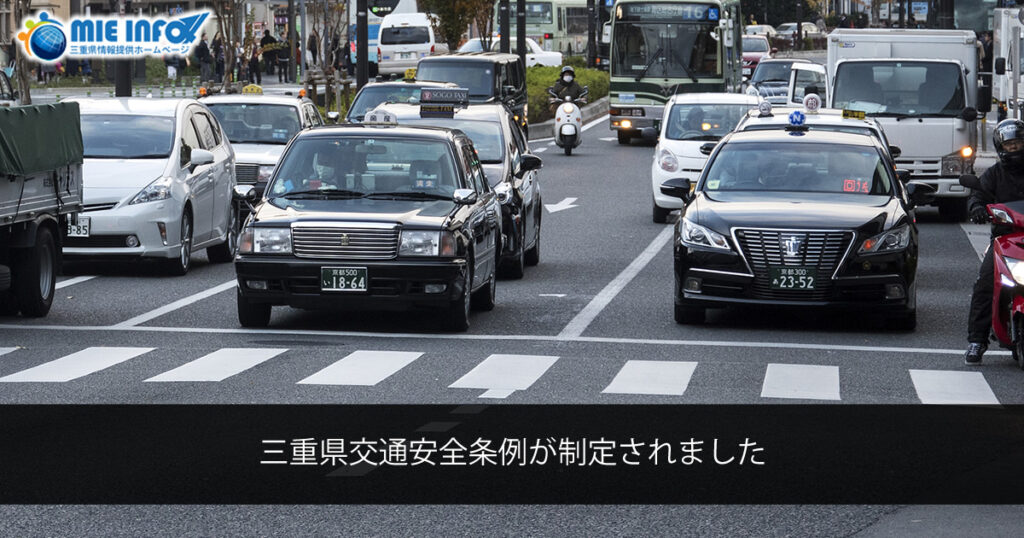 Mie Prefecture’s traffic safety ordinance have been established.  The authorities call on all citizens to respect traffic safety measures in favor of a safer society.

Preventing or not allowing pedestrians from crossing is a violation of traffic laws.

Avoid driving while under the influence of alcohol, violating speed limits, reckless driving and driving vehicles while using a smartphone, etc.

As a general rule, bicycles should be driven on roads.

Avoid driving under the influence of alcohol, disturbing pedestrians and driving while using a smartphone, etc.

Conduct regular inspection and maintenance of the bicycle.

It is dangerous to walk on the streets using smartphones.  Be aware of your surroundings, people and vehicles.

As of October 1, 2021, it will be mandatory for the following persons mentioned below to register for liability services for cyclists and other insurance systems.

3 – People and Companies that use bicycle for work

Check out the link below (in Japanese only) for more details on Mie Prefecture’s Traffic Safety Ordinance.

(April/2021) Application Period for Prefectural Housing Tenants Are you suffering from domestic violence?