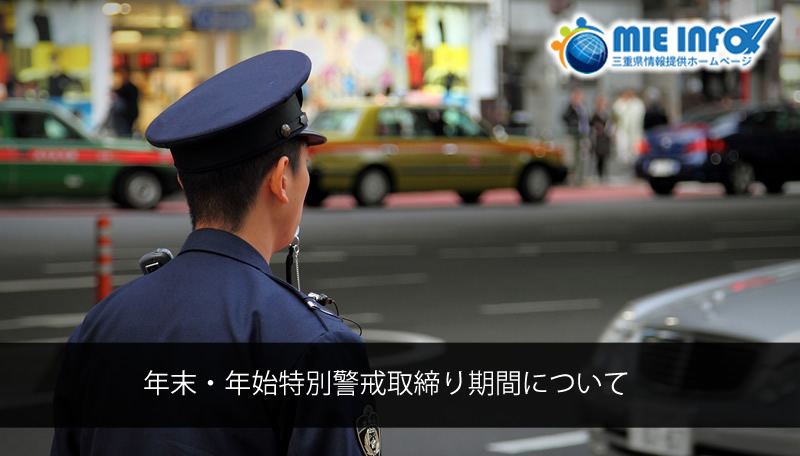 Mie Prefectural Police will carry out a period of special patrol in Year-end/New Year during 41 days, between December 1, 2016 to January 10, 2017. In this period, police patrol will be intensified, based on the following issues. We count on the collaboration of all.

In order to protect yourself against crimes and spend a peaceful Year-end/ New Year, it is needed to follow the 3 main measures below:

◎ When witnessing a crime or accident, and there is a need of police presence as soon as possible, call “110” for emergency service.