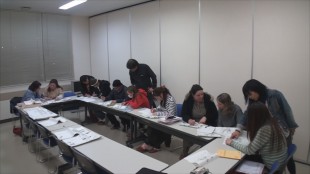 For residents of foreign nationality in Japan, the first step to have a suitable life in the country isto learn Japanese.

For many years, people come to Japan to work for a short period and here they met companies, public bodies and even stores that had interpreters to help those who were not able to speak Japanese. Today the reality is different and foreign workers are living in Japan for longer periods. 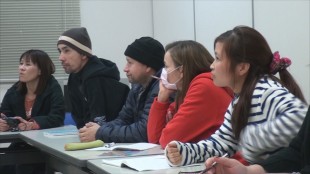 “Before Lehman Brothers financial crisis there were a number of jobs where there was no need to speak Japanese. Moreover, after the financial crisis, many Japanese lost their jobs, and more than a half of the foreigners became unemployed. Then, to find another job, Japanese comprehension became necessary. Nowadays there are more job opportunities, but, even so, it is necessary a given level of Japanese comprehension when looking for a job.

In order to help foreign workers, there are a number of Japanese language groups in Mie that count on volunteers and experienced professionals to help foreign residents to learn the language from the country they live.

Being able to speak Japanese, a citizen of foreign nationalitywill have many benefits such as better jobs, besides it is very useful in daily routine in Japan. 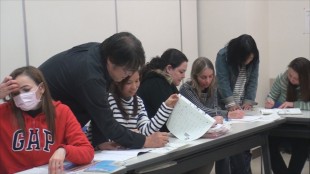 “In Japan there are many kinds of services, but to make use of them, people need to seek ways to have information, and it is also necessary to apply in person to be able to receive each one of the services. Regardless of the service being from municipal, state or national government,the transactions are the same. Therefore, it is important to speak Japanese to have information, in order to know if it is what you are looking for and then carry out the necessary transactions. Besides government’sservice, being able to communicate to Japanese who are close may become your daily routine more enjoyable, and the information will become more accessible, thus, learning Japanese is very important”.

In Japanese languageclassrooms there are a number of volunteers, people who leave their personal activities to help foreign citizens to learn Japanese and they also help in other aspects. 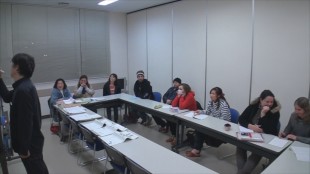 “Sometimes people leave their family at home to be here. The hard times I had in the past for not speaking Japanese lead me to help other people. We here help people to learn Japanese, in order they have answers for subjects in their daily routine, because they really bring their doubts here, for example many people, formerly, used to throw away important notices they received from city hall, then, we here started to ask them to bring that notices here, so that Japanese read them, so that Japanese volunteer see those notices, to see what was the real importance of that papers.”

There are Japanese classrooms inquite every city. In order to learn if there is a group next to you, the first step is to consult the city hall from where you live. It is also possible to have information on NPOs that help foreigners. If there is a volunteer group that teach Japanese next to you, at this place it will be possible to learn Japanese and receive help regarding language learning for the whole family. However, for learn Japanese it is necessary effort and dedication, but from the time you learn it, life in Japan becomeseven more enjoyable! 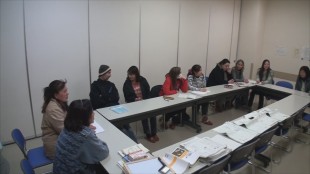 “I have always worked in child educational area and I believe it is important for children see their parents striving by studying Japanese, even being a difficult language to learn. When children see their parents conciliating the job with studies, although the difficulties, it becomes encouraging and it is a great learning for them, therefore, I would like to ask everyone to strive this way.”

Multicultural Event: See it! Feel it! Be a part of it! Bringing People Together with Smiles [MieMu] Exhibition: Weddings Now and Then