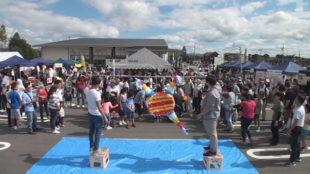 For the past three years, the number of foreigners living in Mie Prefecture has been rising. According to data as of December 2016, there are 43.000 foreign residents in Mie, representing about 2.36% of the population. People from several countries and regions live in the prefecture totaling more than 100 nationalities.

The reasons or goals they come to Japan are diverse, but foreigners end up becoming citizens, build their lives and become members of the society. Even expressing different points of view and culture, there are many adapting to Japanese society and work hard to learn the culture, traditions, lifestyle and language.

In this video, we will present two Filipino families, currently the third largest foreign nationality, behind only Brazilians (1st) and Chinese (2nd). They came to Japan 15 years ago and contribute to build a multicultural society through participation in meetings for foreign citizens and classes of international understanding carried out at schools. 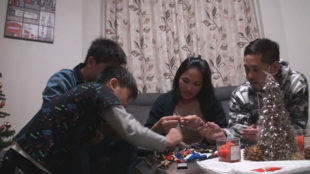 People working as translators are very important. Even Filipinos living in Japan for many years do not know many things. Mainly about procedures, consultation and documents at city halls, that are very complex. There are people who are able to speak Japanese, but some of them do not feel confident when talking to a  Japanese or cannot understand very well the words. That’s why we aim to help the largest possible number of foreigners. I would like the number of people working as translators rises not only for Filipinos, but also for Brazilian, Chinese, Peruvian and other nationalities. 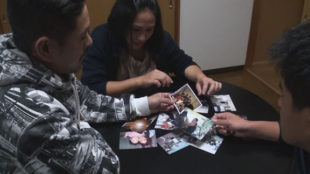 Sara attends meetings for foreign citizens carried out in Mie Prefecture. She shared a little about her experience.

When I attended the meetings as a member, I was able to collect information from several people. It helped me a lot. Through my personal experience, I was able to return the favor and help people around me. I am grateful for being accepted as a member of the society. 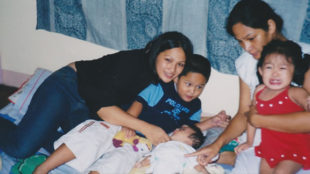 Sara and Marco have 4 children and shared their experience. 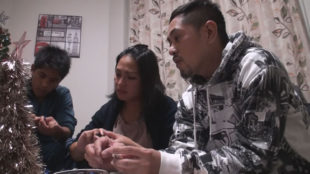 They talked about their expectations toward the future of their children.

As a father, I want them to seek what they wish to do in life. For example, I would never make them to study engineering because I wish them to become engineers. I want them to enjoy their lives. We will properly support and guide them. 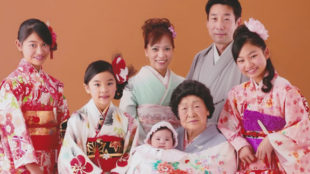 The second interviewed is Leonelia Ramis, living in Suzuka city. She is married to a Japanese man. They have 4 children and talked about the hard times she went through when arrived in Japan.

When I came to Japan, as everyone, I did not know how to speak anything in Japanese and understood nothing. It was troublesome. I just knew how to greet and speak phrases such as “Good afternoon” and “Thank you”. It was pretty difficult to communicate to people around me. Another problem it was the absence of my friends and family in Japan, and it made me feel alone and homesick. 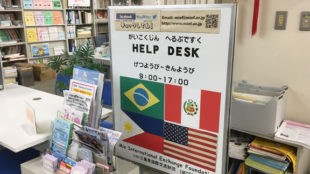 Ramis works as a translator at Mie International Exchange Foundation and helps foreigners in the region. She talked about her experience as a translator.

(When I arrived in Japan) There were many things I was unfamiliar and I did not know what to do. Therefore I used my experience to help Filipinos just arrived in Japan and people who do not know Japanese language. I recommend people who have doubts to make a consultation at Mie International Exchange Foundation. We can help to solve your problem in case you inform us, for example, about procedures on life insurance. I find it would be good if people who cannot understand kanji make a consultation at information desk. I am very glad in helping Filipinos from Mie Prefecture. 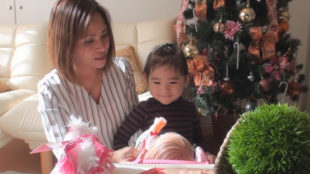 She left a message for foreigners watching from Mie at present.

Many of foreign residents go through difficult situations. For example, there are many challenges mainly related to Japanese learning, reading and writing of the ideograms, among others. They go through many issues at work, but I believe everything is defined by the effort in improving ourselves. In order to be able to make some progress we should improve ourselves. Everything is up to us. 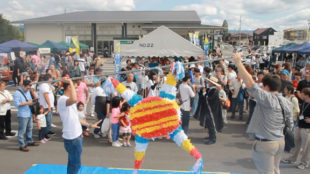 Like the people we presented in this video, there are many others joining forces along with governmental bodies, private organizations and educational institutions and strongly help foreign residents by their own.

To realize a multicultural society aimed by Mie Prefecture, efforts from Japanese people and foreign community are not enough. The most important is try to understand the differences between Japanese and foreigners, accept these differences and join forces to the development of an equal terms relation.

A multicultural society is realized when people of distinct and different cultures become only one as citizens of a same region to build a better society.