How to identify and deal with red imported fire ant (hiari) 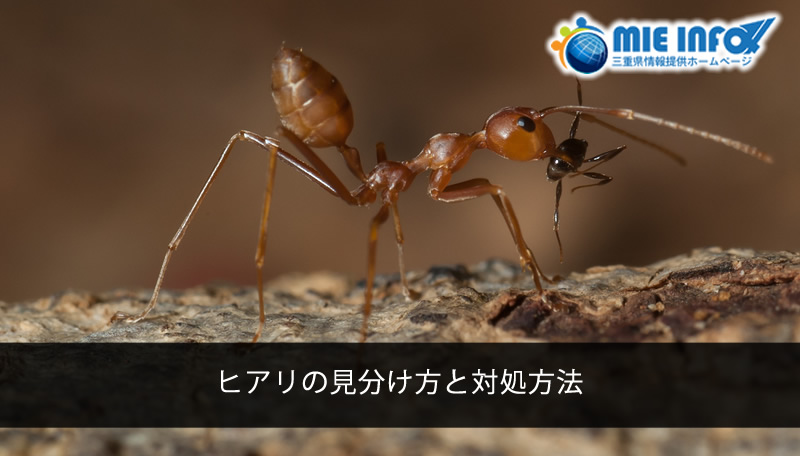 After red imported fire ants (hiari, in Japanese), an invasive alien species native to South America, were first discovered in the city of Amagasaki, Hyogo Prefecture, on May 26th, they have since been found in the main ports in the country.

To correctly identify the fire ants, we gathered the detection methods and prevention against red imported fire ants. Learn how to prevent yourself in case you find the fire ant or some similar ant.

2 How to identify it

In case you find a colony of ants similar to fire ants and are thinking in wiping them out, we ask your collaboration to inform the nearest city hall as soon as possible.

* The unprepared extermination of fire ants may end up spreading them, so we ask you for not do it. In addition, exterminating the ants native to Japan (more than 270 species) may end up destroying the ecosystem so, have this in mind.

4 If you get stung by an red imported fire ant

In case you get stung by a fire ant, you will develop symptoms such as strong pain or swelling. In case you feel something unusual go to the hospital and during the medical examination inform them you got stung by an ant.

Between August 31 and September 14, 2017 Mie Prefectural Museum (MieMu) will hold a free display of real fire ants species and important notes when finding them. See more details on the link below:

“Stop the Hiari (references related to the characteristics of hiari, extermination methods of their habitat・measures to be taken if you get stung)”