The number of foreign residents in the prefecture has increased to 55,208 (+ 9.1% over the previous year) 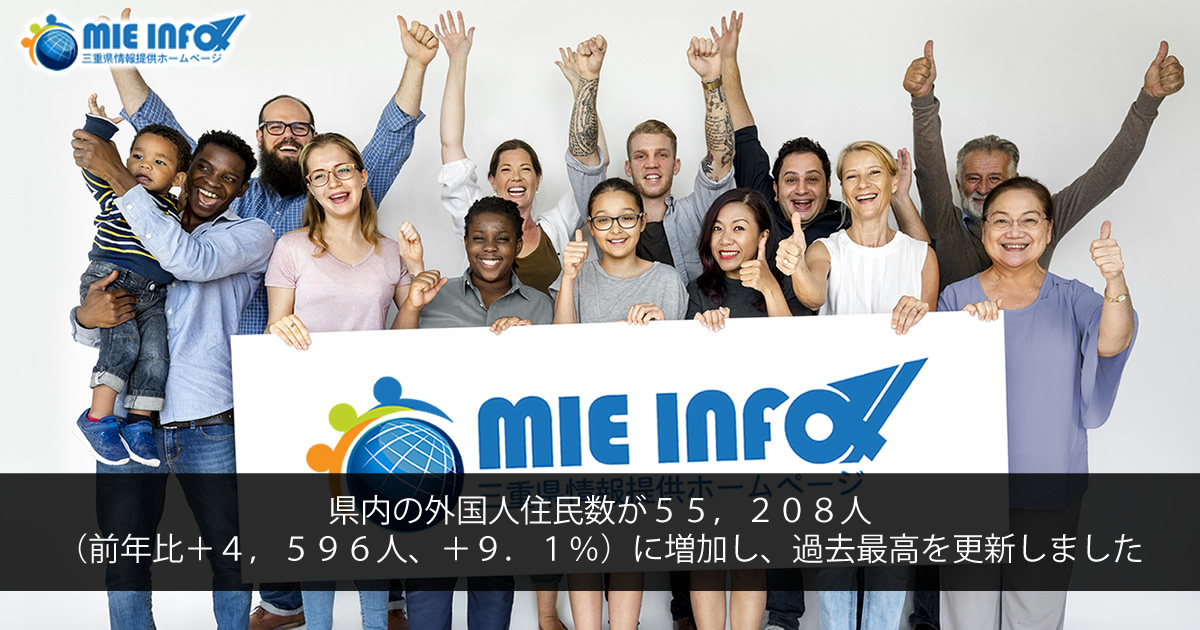 Mie prefecture conducts surveys once a year on the number of foreign residents.

The outline of the survey results is as follows. For details, please see the website of Mie Ken Diversity Shakai Suishin-ka (only in japanese).
http://www.pref.mie.lg.jp/TOPICS/m0011500242.htm