Illegal drug abuse can cause serious mental and bodily harm, and, recently, certain illegal drugs have become easier to obtain. In this video, we will explain several well known illegal drugs and controlled substances.

1) Psychostimulants
Psychostimulants excite the nervous system, reducing fatigue and supressing hunger. Psychostimulants are extremely addictive, and require larger and larger doses to achieve the same desired effects. Long term use can result in hallucinations. The use and/or possession of psychostimulnants is a crime in Japan.

2) Cannabis/Marijuana
Cannabis (also known as marijuana) is a drug that is smoked, much like tobacco. While some people report a relaxing effect when using marijuana, people who abuse marijuana often experience changes in hearing, muscle fatigue and sharp drops in motivation. Growing and distributing cannabis are both crimes in Japan.

3) Other controlled substances (cocaine, heroin, MDMA, etc.)
Cocaine, like psychostimulants, excites the nervous system, but the effects last for a far shorter period of time. People who use heroin not only develop psychological dependencies, but physical dependencies as well. Heroin use is extremely dangerous, and continued heroin abuse may result in hallucinations and paranoia. MDMA (commonly known as “Ecstacy” or “X”) is extremely addictive, and can cause visual distortion and hallucination.

Why do laws that target drug and illegal substance abuse exist?

Substance abuse causes the user a great deal of psychological and physical harm. In addition, many drugs impede individuals’ ability to make decisions and distinguish right from wrong. Those who abuse drugs may also harm family members or other members of society. Individuals under the influence of drugs are also more likely to cause motor vehicle accidents.

Also, drug abuse can be a large financial burden, with small portions of certain drugs costing 10,000-20,000 yen. The majority of the profits made through illegal drug sales benefit organized crime, which has no concern for the well being of drug users.

There is one piece of advice that everyone should remember about illegal substances
“Stay away from drugs. Once you start, you will not be able to stop.” 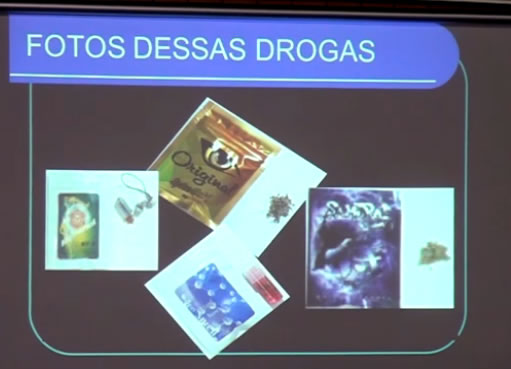 We urge you to avoid illegal drug use and situations where controlled substances are being consumed or distributed. The information provided here is only a small representation of the dangers of illegal drugs. Please remember that staying away from illegal drugs is a way to protect yourself and the ones you love.

＊The information contained in this video was taken from the seminar conducted by the Mie Prefectural Police Department at the EAS Brazilian School in Suzuka.

One Coin Concert Series No. 35 Classical A Message from the Governor about Saving Energy and Electricity this Winter