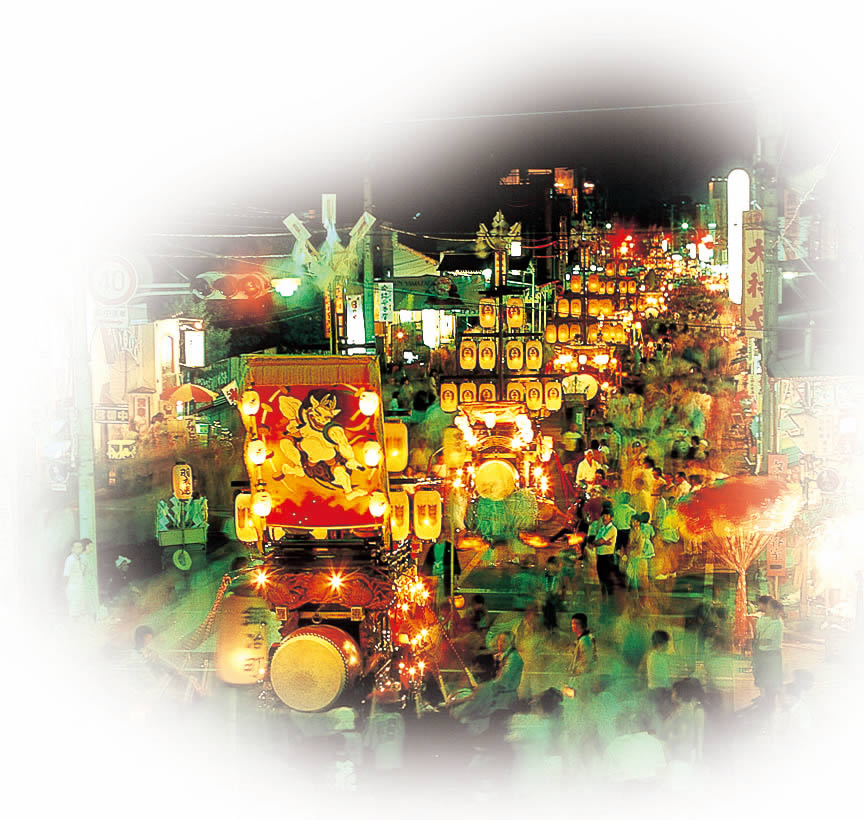 The Tado Festival is held at Tado-Taisha Shrine to perform the most renowned Horseback Climbing Ceremony in order to beseech the gods for a good harvest during the year. Young boys dressed as warriors climb up an extremely steep slope approximately 3 meters high while on horseback.
■ 5-minute bus ride to the Tado-Taisha Mae bus stop from Tado Station on the Yoro Railway.

It is said that this festival was started to raise the morale of young people. Various ceremonies are dedicated to this, including Yabusame (archers clad in the hunting outfit of medieval warriors shoot at three targets as they race by on horseback) and a horseback climbing ceremony.

During the day, a miniature shrine is drawn through Sekijuku (Seki Town), and four floats are paraded during the night. Seki was a town for travelers on the old Tokaido Road, which once flourished in the Edo Era (1603–1867).

■ 5-minute walk from Seki Station on the JR Line

Various events and traditional events such as traditional dancing are performed in Yokkaichi City.

This is one of the strangest Japanese festivals, called “the noisiest festival in Japan.” Over thirty floats continue ringing bells and beating drums for three consecutive nights. This is an extremely vigorous and unique festival! It has been designated as a prefectural intangible folk cultural asset. 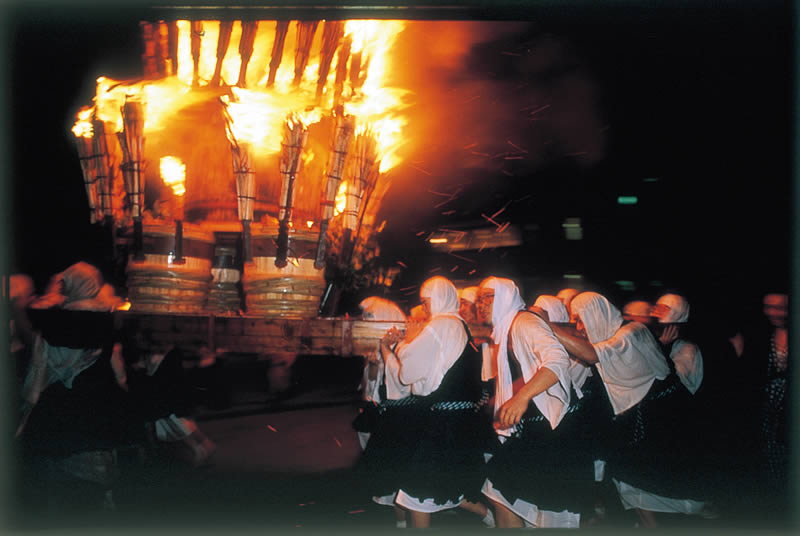 Souhei Festival is an autumnal festival held among the brilliantly colored leaves of fall in the Yunoyama hot springs area and Gozaisho Ropeway.
■ 20-minute walk from the Yunoyama-onsen bus stop after a 10-minute ride from Yunoyama Onsen Station on the Kintetsu Line

This is a shrine ritual of dancing while wearing lion masks for the purpose of exorcising evil spirits. Professional dancers who perform all over Japan gather in the Masuda Shrine at the end of December to perform these gorgeous dancing rituals.

The festival has more than 20 years of history. Hosting the Hot Air Balloon Honda Grand Prix, it is one of the biggest balloon festivals in Japan and invites top balloon pilots from across Japan.
■ Near Kasado Station on the JR Line