Forests serve important functions, such as landslide prevention and watershed protection. However, due to rapid depopulation in mountainous regions, the number of unmaintained wild forest areas has increased. When this trend is considered alongside the increases in torrential rainfall and extreme weather, it points to an increased risk of damage from natural disasters. In order to protect the lives and property of Mie’s citizens and residents, the prefecture is introducing the “Mie Forest and Greenery Prefectural Tax.” This tax will fund initiatives that make forests more resistant to natural disasters and initiatives to encourage citizens to take better care of our forests.

The Mie Forest and Greenery Prefectural Tax will be levied on a per capita basis as a part of the prefectural taxes paid by each citizen and resident.

Organizations This tax will be levied on earnings/profit from 1 April 2014 onwards.

○This tax will apply to all organizations that have offices, facilities or other holdings in Mie Prefecture.

②    Development of forests that citizens and residents can interact with. 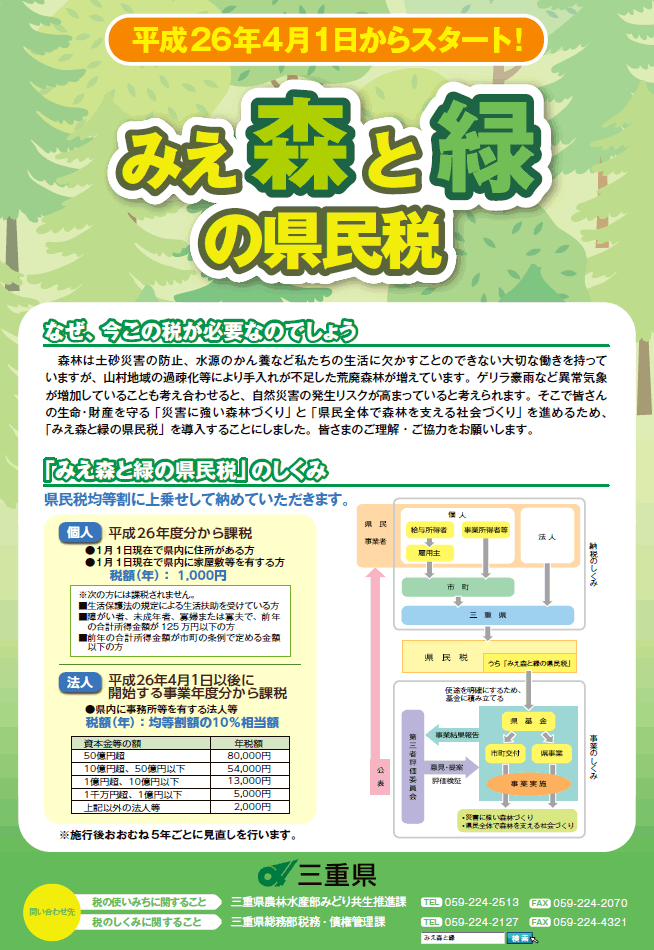 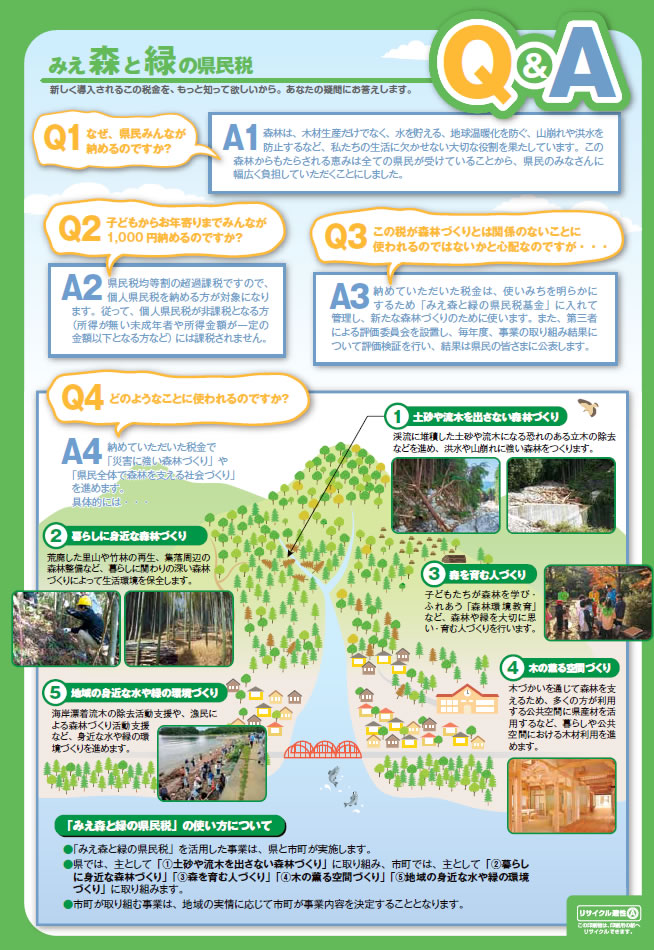